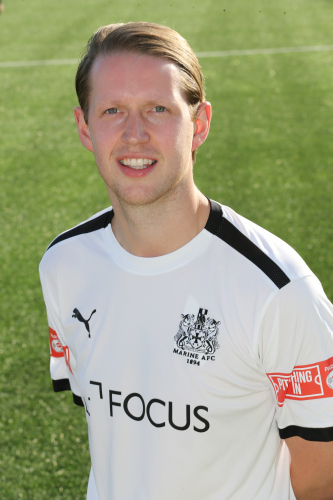 Liverpool based Anthony, 27, joined Marine from Welsh Premier League club Bala Town after joining the Lakesiders from Bangor City in May 2018, where he had spent the previous five seasons.

He has also previously appeared for Bootle, Conwy and Colwyn Bay as well as representing Liverpool in the Dallas Cup.