Marine are pleased to announce the signing, on a Youth loan until January 2023, of Salford City striker Djavan Pedro.

Djavan, also known as “DJ”, came through the Salford youth system and has enjoyed previous loan spells at AVRO, City of Liverpool, and Trafford, for whom he appeared against the Mariners last season. 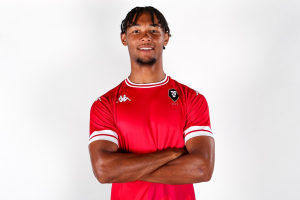