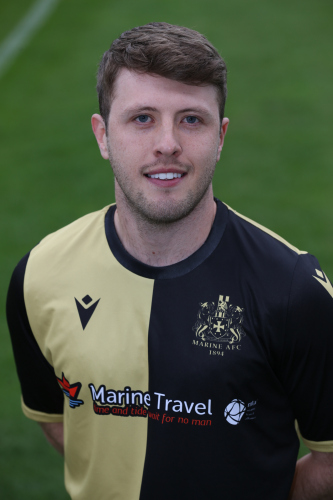 25 year old James is a left sided defender who originally joined the Mariners in August 2018.

He began his career in the Tranmere Rovers Youth system and had a spell at Llandudno last season, where he played a prominent part in their Huws Gray Alliance promotion and their third place Welsh Premier League campaign , also featuring in the Europa League.

Left to join FC United of Manchester in summer 2019 but rejoined Marine in November last year.