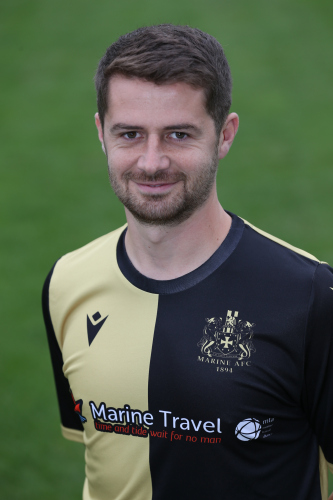 Skelmersdale based Kenny, 29, captained the West Lancashire club where he made over 300 appearances and can operate as a right back or central midfielder.

His career started at Youth level, where he had spells with Manchester United and Chelsea.

Also had a brief spell with the Mariners in 2010-11, making a single appearance before moving on to Skelmersdale.

Signed for the Mariners in February 2017 and is the longest serving member of the squad, having made 138 appearances for the club.