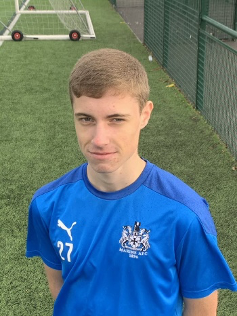 Matty is a pacy winger. He is very direct with his player and likes to get at the opposition defenders. He is very comfortable on either wing and can receive the ball to feet or run in behind.