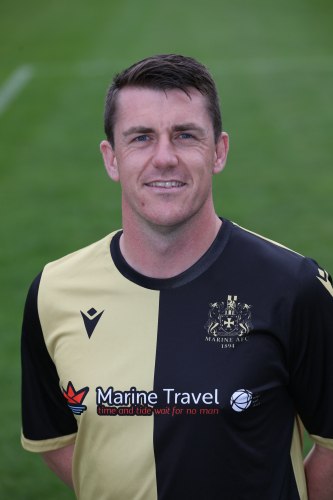 Niall, 33, is an experienced striker who has a good goalscoring record at National North level.

Has had a spell at Burscough and a six year stint at Curzon Ashton, joining the Mariners on loan in December 2018.

Signed on a permanent basis in May 2019 and went on to net 21 times last season, winning the Step 4 Player of the Season award.