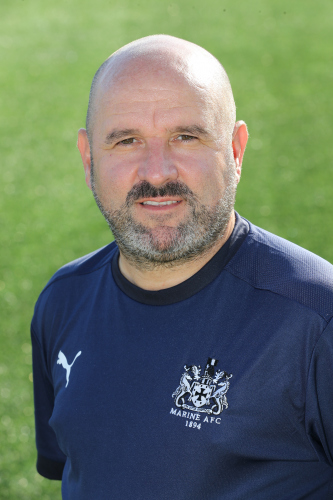 After his playing career was cut short by injury at the age of 24 he began his managerial roles in local football with Queen’s Park and Poulton Victoria, before joining Rhyl as Assistant Manager in 2004, the club winning the Welsh Cup in 2006 and also qualifying for UEFA competitions in three consecutive seasons.

He joined Cammell Laird as Joint Manager in 2007, the team being promoted to the Northern Premier League Premier Division as runners up.

A two year spell as Manager at Colwyn Bay began in 2008 with success again coming quickly, the Seagulls making the playoffs in his first season but going one better the following year by clinching promotion to the NPL Premier Division as play-off winners.

He became the first manager of the newly formed Chester FC in summer 2010. The Deva Stadium club went on to record an unprecedented triple promotion, winning the NPL North, NPL Premier and Conference North in consecutive seasons, breaking a host of records on the way. Neil was also given the accolade of Conference North Manager of the Year in 2013 as well as an Honorary Degree from the University of Chester.

He has also had spells as Manager at Stockport County and Altrincham and more recently was Head of Scouting at FC Halifax Town with a spell also as caretaker manager until February 2018.