Pitching In Northern Premier League Marine is pleased to announce that renowned screenwriter and novelist Frank Cottrell-Boyce has accepted an invitation to be the main guest at a fundraising evening to be held in the Arriva Suite on Friday 16th September 2022 starting at 7:30pm. Proceeds from the evening will be shared with Marine in the Community.

Frank Cottrell-Boyce is especially known for his children’s fiction and for his collaborations with film director Michael Winterbottom. He achieved fame as the writer for the 2012 Summer Olympics openin ceremony and for sequels to Chitty Chitty Bang Bang: The Magical Car, a children’s classic by Ian Fleming.

Cottrell-Boyce has won two major British awards for children’s books, the 2004 Carnegie Medal for Millions, which originated as a film script, and the 2012 Guardian Prize for The Unforgotten Coat.

Comedian John Martin makes a welcome return to Marine, and the event is to be hosted by resident compere Peter McCormack. Tickets for the evening are priced at £30 and can only be purchased via;

The event includes a choice of hot food with a vegetarian option and dessert, and the dress code is smart casual.

“This is our first club fundraising dinner since 2019 and we are excited that Frank Cottrell-Boyce has accepted our invitation to be the main guest for what is an important event for our football club. Frank has attended the clubrooms several times in recent years, and I am sure that he will also enjoy the evening in our new surroundings. This event is a complete change from the usual sporting dinners that we have held, and I look forward to hearing from Frank about his many experiences and works as a screenwriter and novelist, and especially his involvement in the preparations of the 2012 Olympics opening ceremony.” 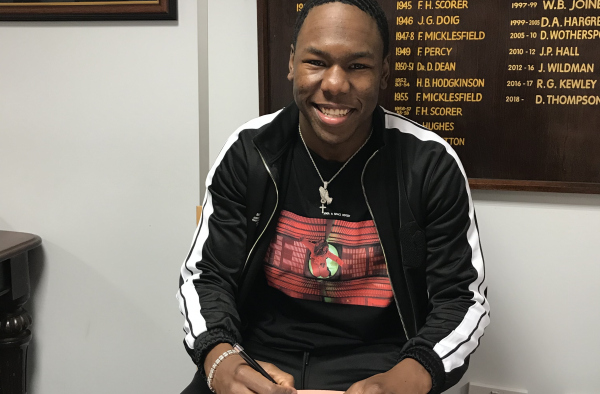 Popular defender signs contract... Marine AFC are delighted to announce that right back Josh Solomon-Davies has signed a contract…