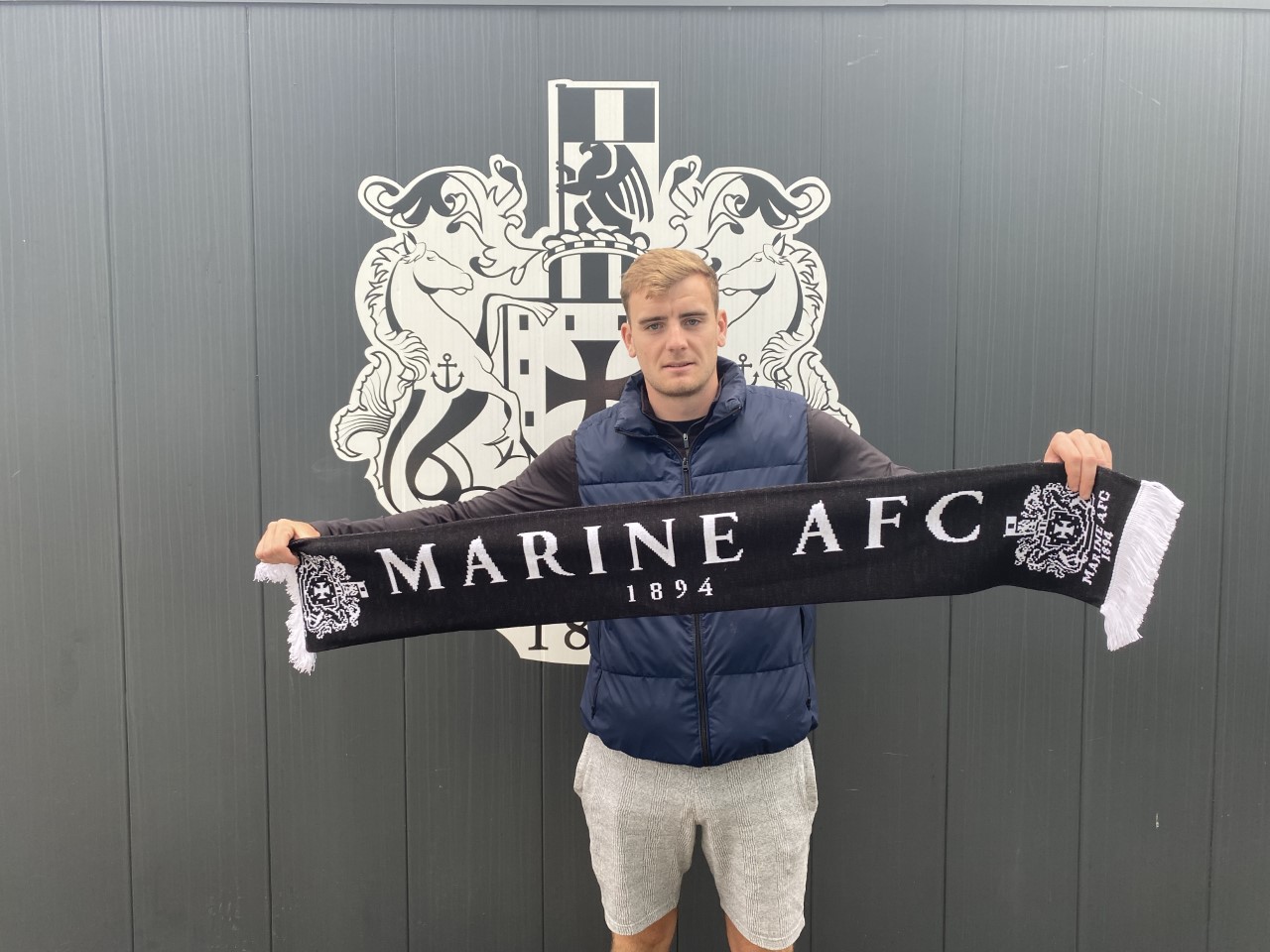 Marine announce the signing, on a one-year contract, of Josh Wardle.

Josh, 25, is a central defender who previously played for Lancaster City, Kendal Town, and Skelmersdale United, and has spent the past four seasons at Witton Albion in the NPL Premier Division, captaining the side last season.

“It’s no secret from Christmas onward last season that our main priority area to recruit in the summer was in the centre-back position as it’s an area we are very short in.

When we sat down to look at recruitment Josh was at the very top of that list of possible signings. After speaking to various people within the game who have played and worked with him it was clear we had to do our utmost to bring him to the club.

I’m very happy we have managed to do it as I know Josh had plenty of options, but he has bought into what we are doing at Marine in trying to build on what has been achieved in the last 18 months.”

Q: Have you played against Marine previously? Any memories (good or bad)?

A: I’ve played Marine a couple of times while I’ve been around, and kicked plenty out of play into those houses! I just remember in the winter the wind and rain battering down from that front!

Q: You were Witton Albion’s captain last season, what swayed you to make the move to Marine?

A: To be honest I just want to play as high as I can. Being skipper at Witton was brilliant and I got on with the management and the backroom team so I’m hoping for more of the same at Marine. It was disappointing at Witton last year as the three years previous we’d been in and around the play-offs! It’s an exciting time for Marine, the crowds are up there and the 4G’s going down, it’s a club on the up that’s got some ambition to progress.

Q: You have plenty of experience in the NPL Premier Division, what do you think Marine can expect at the higher level following our promotion?

A: I think the players that are already here from last season, coupled with the players that the gaffer’s bringing in, have loads of experience in the NPL Premier and above between them. It’s a strong, physical league, with some really good teams. Next year there will be loads of teams with expectations of gaining promotion, making it even more competitive. We’ve got to make sure we’re in and around those big hitters for the season.

Q: Marine’s average gate increased to 1,100 plus last season, are you looking forward to playing regularly in front of those numbers?

A: The large gates are one of the things that have sold Marine to me to be honest, along with the 4G pitch and the new bar it should make for a good season next year. It’s easier to gee yourself up as a player with a good atmosphere around the ground, and make it a horrible place for away teams to come to, so I’m looking forward to that.

A: I’m looking forward to getting going in pre-season. The pitch is coming along nicely and I’m sure we’ll be in and around the right areas come the end of the season.

Tonight's Buildbase FA Trophy tie versus Hyde United has been postponed due to a waterlogged pitch. The game will…