Pitching In Northern Premier League Premier Division Marine announce the arrangements for the New Year home league game against Warrington Rylands on Monday 2nd January with kick-off at 3pm. This is Marine’s first home league game since the end of November when Hyde United were the visitors. The home game against Guiseley on December 10th was postponed by NPL officials accepting a request from Guiseley management due to illness in their squad.

Marine and Warrington Rylands fans can purchase their online match tickets easily from Kaizen Ticketing Solutions, which are on sale from 9am on Tuesday 13th December via;

Adult tickets for the game cost £10, whilst concessionary tickets for retired citizens (aged 65 and over), students in full-time education (aged 18+) and youths (aged 14-17) cost £6. Junior tickets (aged 11-13) cost £3, whilst children aged under 11 have free admission if they are accompanied at the game by an adult who has purchased their match (adult and child) tickets via Kaizen.

Marine season tickets and membership cards, and match tickets purchased by Marine and Warrington Rylands fans must be presented for scanning at turnstiles 1 and 2 on College Road and 5 and 6 adjacent to the Club entrance. Holders of NHS or Student season tickets should also present their ID badges with their match tickets to enter the ground.

Turnstiles will open at 1:30pm allowing access to the Arriva Suite from that time, whilst the 1894 bar will be open from midday for refreshments and food.

Additional licensed crowd safety stewards will be in attendance to assist on the day and fans are urged to arrive early with their match tickets to avoid congestion. Within the stadium additional refreshments, catering and toilet facilities will be provided to accommodate the increased attendance for the game.

“We are bitterly disappointed to have had the Guiseley game postponed by NPL officials 27 hours before the scheduled 3pm kick-off, missing out on a likely 1,400+ attendance. I can confirm that we have lodged a formal complaint to the NPL regarding the timing of the postponement decision and the lack of consultation with Marine officials beforehand.

The game against Warrington Rylands on Monday 2nd January will therefore be our first home game for over a month and we are expecting a near 1,500 attendance for this attractive New Year fixture.

I therefore urge fans of both clubs to purchase their tickets online via Kaizen Ticketing Solutions ahead of the game as this will help fans enter the ground quickly without the need to queue and helps avoid congestion before kickoff.”

“I look forward to welcoming the players, staff, officials, and supporters of Warrington Rylands to the Marine Travel Arena for our first game of the New Year.” 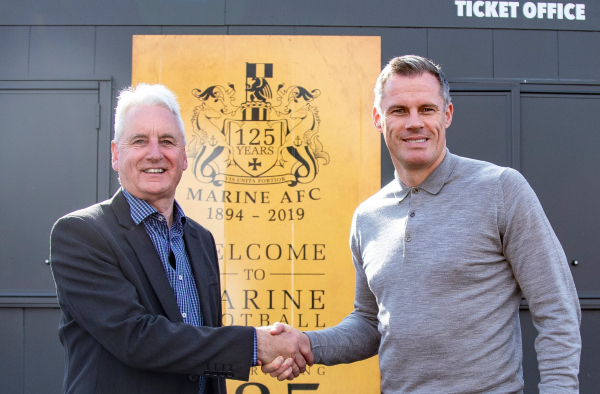 A spirited Marine performance was denied the deserving result to match, as Darius Osei’s second half penalty confirms a…