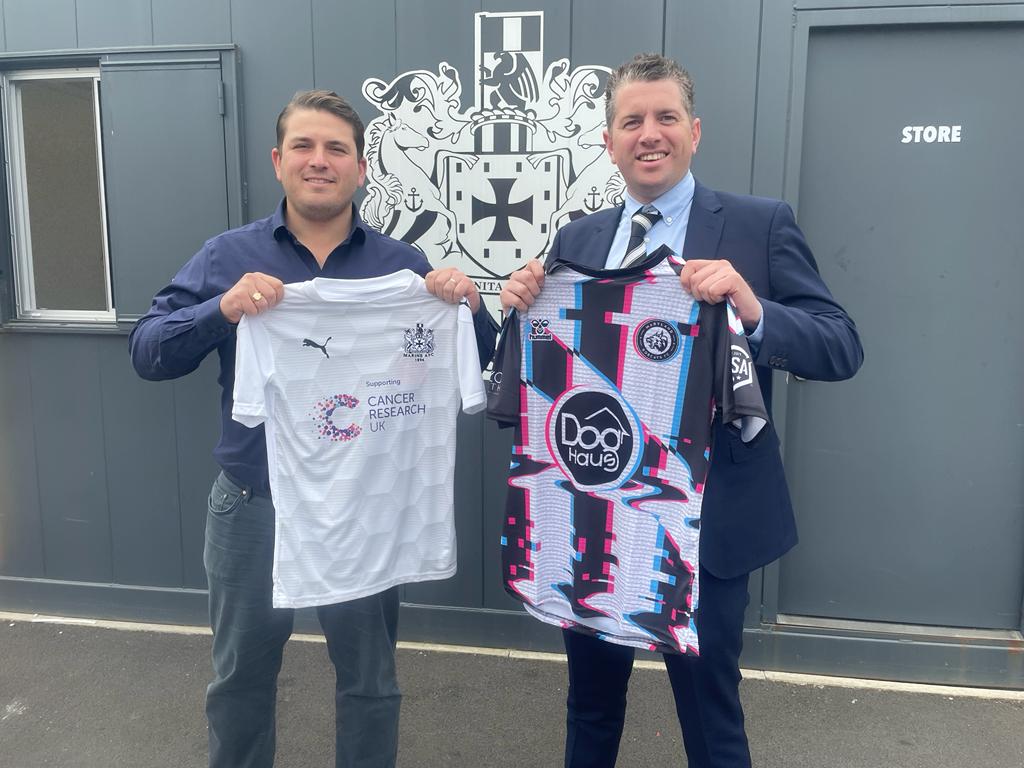 Marine FC are happy to announce that a formal partnership has been reached with Maryland Bobcats. The club, which was founded in 2009, is a fully minority-owned club and Maryland’s only outdoor professional soccer team. The Bobcats currently play in the National Independent Soccer Association (NISA).

The partnership between Marine FC and Maryland Bobcats FC will see the sharing of best practice in all areas of both clubs. This will range from player development to Stadium plans and community development plans, and it will also allow mutual opportunities for the furthering of education of players and staff.

Both clubs have similar structure and mentality – they are community clubs at heart with large, ambitious plans for growth.

The deal was brokered by Gary Beggs & Paul Abrams of Gorilla Sports Group.

Gary Beggs Partner of Gorilla Sports Group said “We are delighted to bring these two great clubs together and are excited to see the partnership grow over the coming years. We want to thank James and Evan for listening to our ideas and sharing our vision of growing both clubs in the right way and also thank Simon Rose from NISA for working with us to find the right club to work with in the US.”

Vice President, Evan Raimist of Maryland Bobcats said “”When Gary and Paul approached us with this potential partnership, we were immediately interested. In talking to James from Marine, it became instantly clear how similar the Bobcats and Marine are, both on and off the field. I think this partnership will allow both clubs to grow, again on and off the field, and offer more to both of our players, staff, and supporters. Everyone saw what they were able to do as a community club last year in the FA Cup and I think every club, no matter where they are from, dreams about developing something like that. We’re excited to develop alongside James and Marine and look forward to the growth of both clubs.”

Marine CEO James Leary said “Following talks with Evan, I am delighted to announce this partnership. It is clear that Maryland Bobcats are very similar to Marine in terms of their mentality and the way they operate. I look forward to a strong working relationship with Evan and the team going forward.”

The National Independent Soccer Association (NISA) (the league MBFC plays in) aims to be the number one league for soccer in the US which sits outside of the MLS. The league and clubs are set up to mirror the operation of Football clubs across Europe and it has huge ambitions to attach sporting merit to its system.

The Club was formed in 1894 by a group of local businessmen and former college students, taking its name from the hotel on the River Mersey sea front at Waterloo, seven miles to the north of Liverpool, where the founders met. They moved to their present ground The Marine Travel Arena (formerly known as Rossett Park) in 1903. The Club relinquished its amateur status and became professional in 1974. Three Cheshire League Championships were won in five seasons before progressing to the Northern Premier League in 1979/80. They have twice been Champions (1993/94 and 1994/95) as well as twice being runners-up and have won the League Cup on four occasions (1984/85, 1991/92, 2002/03 & 2015/16) which is a league record. During the summer of 2021, and with the monies raised from the FA Cup run, the club completely refurbished the clubrooms with the installation of a new bar and bistro, open seven days a week, and the party function room was completely transformed.  The club had also hoped to install a new 3G Pitch for community use. The initial planning approval was delayed and then due to a late change of the build method and increased costs the club decided to postpone until summer 2022. You can find more information on their website at marinefc.com, follow them on Twitter at @MarineAFC, on Instagram at @marineafc, and on Facebook at “Marine AFC”.

The Maryland Bobcats Football Club was founded in 2009. Based in Montgomery County in Maryland, it is a fully minority-owned club and Maryland’s only outdoor professional soccer team. MBFC has a “one family” mentality. From the youngest player to the most experienced youth teams to First Team, players support, push and encourage each other to play the right way. Beyond soccer, Bobcats FC helps, inspires, gives back, and supports the local community, comes to games, and cheers them on. For more information about Maryland Bobcats FC, visit marylandbobcatsfc.com or contact at info@marylandbobcatsfc.com. Follow MBFC on Twitter @MDBobcatsFC and Instagram @mdbobcatsfc.

Marine announces that the Emirates FA Cup 1st Qualifying Round tie against Radcliffe, to be played at the Marine…