Defensive mistakes cost Marine on Tuesday night, as they fell to a 2-0 defeat away at Southport.

The first half followed a familiar pattern of Southport enjoying more frequent spells of possession, but without creating many clear-cut chances, while the Mariners threatened most through set pieces.

In particular, corners from Mark Howarth created problems for the home side, with Anthony Miley and Owen Watkinson maybe thinking they could have done better.

The opening goal of the game came in the 38th minute, as David Raven was unable to fully control a clearance from Bayleigh Passant, with Marcus Carver’s pressure enough to see the ball deflect into the goal. A very unfortunate fashion for Marine to concede, after they had done so well to limit the opposition’s chances up to that point.

Overall, the first half was fairly uneventful, with chances for both sides proving hard to come by, in a highly competitive pre-season fixture.

The second half started in a similar, hotly contested style, with Marine starting to threaten more through open play. Watkinson did well to turn his man on the edge of the penalty area, but his driven effort was comfortably saved by Tony McMillan in the Port goal.

Passant provided the save of the match in the 73rd minute, as former Mariner Josh Hmami looked certain to get his name on the scoresheet from close range, but the foot of the 20-year-old ‘keeper kept him out.

The best opportunity of the match for Marine came a few minutes later, following yet another dangerous corner, this time from Lewis Reilly. After the forwards’ cross was not dealt with by the home defence, the ball was scooped towards the net by Niall Cummins, with only Jack Doyle preventing the game from drawing level.

However, the match was wrapped up two minutes from time, as Connor Woods neatly shifted the ball onto his right foot, before drilling the ball into the bottom left corner.

Manager Neil Young can pull a lot of positives from this game, as they matched up to the National League North side for large portions of the game. The Mariners travel to Stalybridge this Saturday, as they look to pick up their first win in four.

Blackburn keeper joins Mariners... Marine AFC are pleased to confirm the loan signing, until the end of the season,… 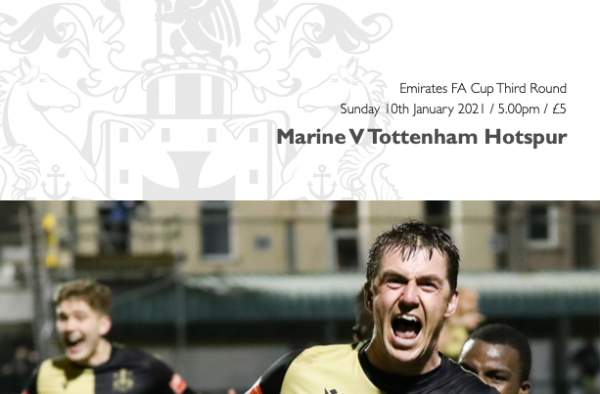