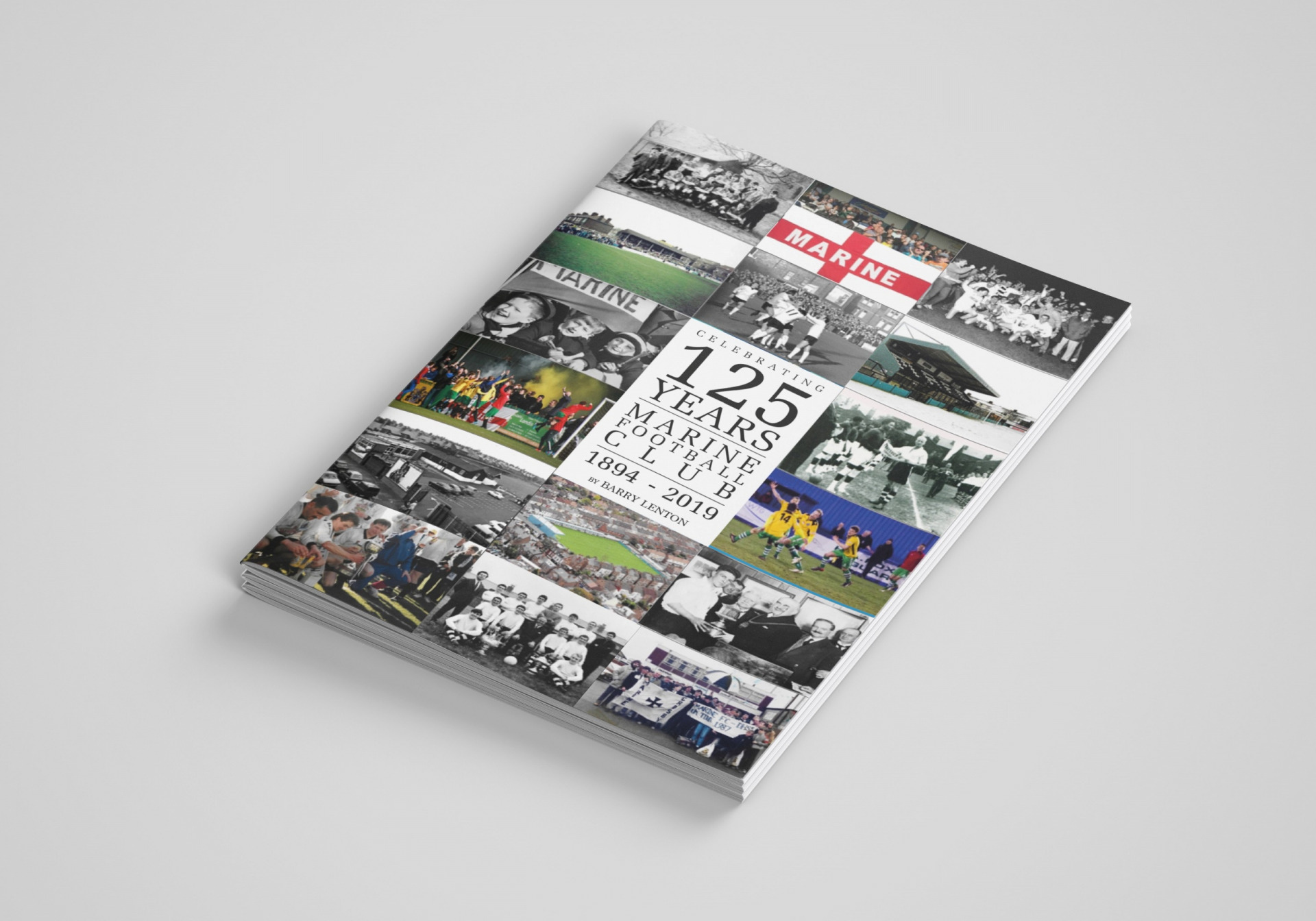 Club set up to post 100 books in the coming weeks.

Pitching In Northern Premier League Marine is delighted to announce that it has taken delivery for sale of a further 100 copies of the 125thanniversary book amidst huge national interest received following the clubs shock win in The Emirates FA Cup at Colchester Utd last weekend. Marine play Havant & Waterlooville in the second round at the Marine Travel Arena on Sunday 29 November which is to be shown live on BT Sport 1 with a 2 45pm kick off.

Marine have sold hundreds of copies since the book was launched towards the end of last year and the publication has been officially recognised by National Football Museum Curator Dr Alex Jackson who said:

“The NFM is delighted to accept a copy of this wonderful publication for inclusion in our research library. It is a pleasure to read about the long and rich history of Marine Football Club. The NFM seeks to record and tell the history of the game at all levels and Barry’s book is a valuable addition to our collection.”

Marine Community Officer and life-time fan Barry Lenton compiled the book over a two year period and Marine fan Neil McAdam prepared the book’s designs for the printing company The Printroom UK based in Litherland,

The book is A4 in size, in full colour and has been produced to a very high quality gloss finish by the printer. The book retails at £35 including UK postage and packaging and enquiries can be made to richard@marinefc.com

“Marine’s progress in the Emirates FA Cup, the most famous football competition in the world, has produced a huge increase in media interest and publicity for our football club. There is no better time than now to promote what is a fantastic record of the history of our football club spanning over 125 years.

The publication is of the highest quality and new supporters attracted by our cup exploits this season will find the book a fascinating read.”

“With Christmas looming too the book will make an excellent gift for the many football fans who have an interest in non-league or a new interest in our football club.”

Marine announce that the club's Annual General Meeting will take place on Monday 4th July. Members of the club…