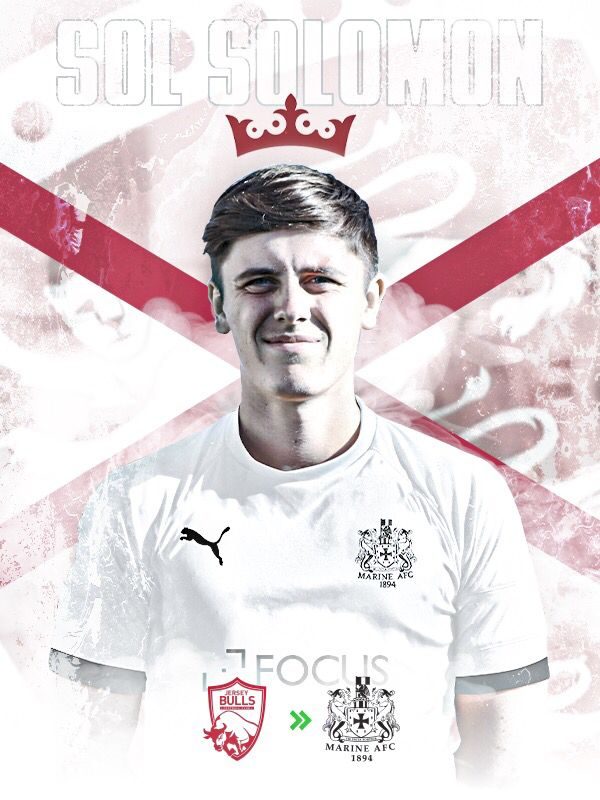 Sol set to shine for Mariners…

Pitching In Northern Premier League Marine are delighted to announce the signing, on contract, of striker Sol Solomon.

Sol has been a prolific goalscorer for Jersey Bulls, who play at Step 5 in the English pyramid, scoring 60 goals in 71 games and leaves Jersey Bulls as their record goalscorer.

Sol rose to fame last season as he finished 2nd top-goalscorer in the Emirates FA Cup with nine goals. He arrives in Liverpool today and is due to train with the team for the first time on Thursday.

A full interview with Sol along with photographs will be published on Thursday evening.

“We tried to bring Sol to the football club this time last year but he decided to stay with his studies back home in Jersey. Now however we are very happy to have been able to get an agreement with him to come now.

His goal record speaks for itself and it’s important we don’t put too much expectation on him too soon and let him get used to his new environment, teammates and ultimately the level.”