Goals from Owen Watkinson, Mark Howarth and Neil Kengni seal an away win for Marine against ten-man Widnes.

Setting up in a 4-3-3 formation, Ben Hughes and James Devine covered at full back due to injuries within the squad. New loan signing Ryan Stratulis started in midfield alongside David Lynch and Ryan Wignall, with Niall Cummins coming back in for Lewis Reilly.

Following an end-to-end start to the match, both sides looked to strike early, with the biggest chance falling to Luke Wall, who took too long controlling the ball before David Raven made a goal saving challenge.

An in-swinging corner from Stratulis provided the opening goal, as Mark Howarth met the cross at the back post, headed back across goal and found Owen Watkinson, who finished the chance for his fourth goal of the season.

Widnes were not too disheartened by Watkinson’s goal and continued to look threatening going forward. Striker Alex McMillan and midfielder Greg McCarragher looked the most dangerous offensively for the Whites.

Raven thought he had given Marine a two-goal advantage just before the half-hour mark, but his back post header was deemed offside.

But it was Raven’s centre back partner Mark Howarth who grabbed the second of the game, with a tidy finish.

Stratulis again swung a menacing cross into the penalty area, this time Cummins was in position to chest the ball into the path of Howarth, who fired Marine into a 2-0 lead.

Things went from bad to worse for Widnes before the half was over, as Wall’s strong challenge on David Lynch was adjudged to be a red card offence, giving the home side a mountain to climb in the second half.

Cruising at half time, Neil Young would have been keen to remind his team that the match was not over, and they must not let complacency set in, despite their comfortable lead.

To their credit, Widnes came out for the second half with fire in their belly, pressuring the Marine back line and not giving them too much time on the ball. The pressing from McMillan was admirable, but once Marine weathered the early storm, they regained possessional control.

Marine thought they had the game won in the 76th minute, as top goal scorer Neil Kengni grabbed his second goal in as many games with a low driven effort into the bottom right corner. Kengni now has nine goals in all competitions, seven of those coming in the league.

However, more drama was forthcoming, as a six-yard box scramble saw River Humphreys eventually fire the ball into the net, giving Widnes a lifeline.

And things became even more nervy for Marine a couple of minutes later, when David Raven was viewed to have handled the ball by the referee, giving Widnes a penalty, which McMillan expertly converted.

Despite the late scare, the Mariners held on to secure a remarkable eighth consecutive league win, keeping their five-point lead at the top intact.

Next up for Marine is a return to FA Trophy action, as they travel to Bradford Park Avenue next Saturday. 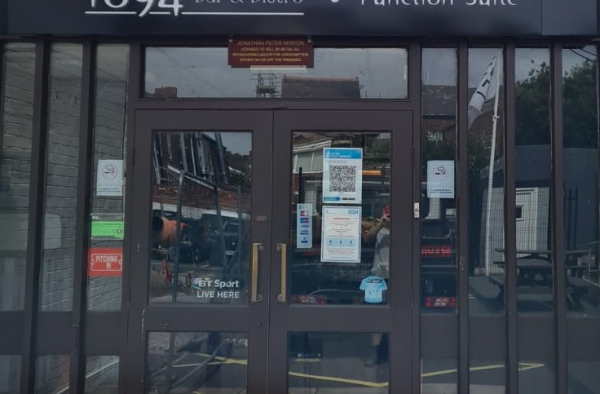