Heartbreak for impressive Marine, bowing out on penalties as the Buildbase FA Trophy journey comes to an end for another year.

The Mariners travelled to West Yorkshire to visit Bradford Park Avenue in the Buildbase FA Trophy Second Round. After the postponement of Saturday’s tie due to snow, the rescheduled game kicked off on a very chilly Wednesday night at the Horsfall Stadium.

Marine were forced into changes, with no available centre backs, as David Raven could only make the bench having arrived just before kick-off.

Despite this Marine started brightly, but the early signs of the opposition’s quality were clear to see as Bradford PA knocked the ball around with intent.

With the majority of the opening 20 minutes played in the Marine half, the game plan was executed to perfection as the Mariners carved out their first chance.

Classic Neil Kengni managed to turn half a chance into a goal as he won the ball off the last defender just inside the Bradford PA half. Kengni sprinting in on goal was met by the onrushing Saltmer in the Bradford PA goal, but the star goal scorer remained calm and slotted it through the keepers’ legs to give the Blues the lead.

The National League North outfit replied with great enthusiasm but just couldn’t contain Kengni, this time his effort crashed into the side netting. A reminder for Bradford PA of the danger Marine posed.

With just over half an hour played, the drama kept unfolding as Marine were denied a second goal with a clearance off the line. Great work inside the box allowed Mark Howarth to lob the ball over the keeper and onto the post, bouncing off a Bradford PA defender and cleared by the home side amid appeals for handball from the Mariners.

But how football can change in a heartbeat, in the space of two minutes the game turned completely on its head. Back-to-back goals for Bradford PA by Dockerty from the penalty spot following a James Devine challenge, and Johnson scrambling it home at the far post after a cross wasn’t dealt with, gave the Yorkshire side a 2-1 lead at half time.

To make matters worse for Marine, Owen Watkinson had rattled the post for the Mariners in another classic breakaway with the score one apiece.

Half time sparked a tactical tweak from Marine manager Neil Young, who replaced the booked James Barrigan with Raven who slotted into centre back. This allowed Devine to push into midfield. The change worked a treat as the Mariners dominated the second half, eye-catching football being produced by the side two divisions below their hosts.

After a great chance which saw skipper Niall Cummins fire just over from close range, Marine deservedly found their equaliser as the substitute Wignall arrived just in time to get on the end of the Solomon-Davies cross at the far post.

Firmly believing they could win the game, the Mariners pushed on enjoying lots of the ball and creating some really good openings in the final third.

However, it was Bradford PA’s turn to catch their opponents out on the break, Dylan Mottley-Henry turning inside and out, fired his shot at Bayleigh Passant in goal for Marine who parried, but the rebound fell to Oli Johnson who headed in his second of the game.

Inside four additional minutes, Marine won a free kick on the left-hand side well into the Bradford PA half. Loanee Ryan Stratulis floated a delicious ball into the box, the Bradford PA defenders watched the ball bounce into the path of the arriving substitute Hughes, who just got enough on it to bundle the ball over the line.

3-3 with the last kick of the game, the tie would be decided on penalties!

With the track record the Mariners have with penalties of late, the Northern Premier League side were considered slight favourites. However, the memorable run of penalty wins came to end with Stratulis, Howarth and Raven all missing from the spot. Rawson, Johnson and Marriott all scored their penalties for Bradford PA in reply.

Heartbreak for the Mariners bowing out but a performance to be proud of, dominating the second half against a side two divisions above and with plenty of positives for Young’s side to take. 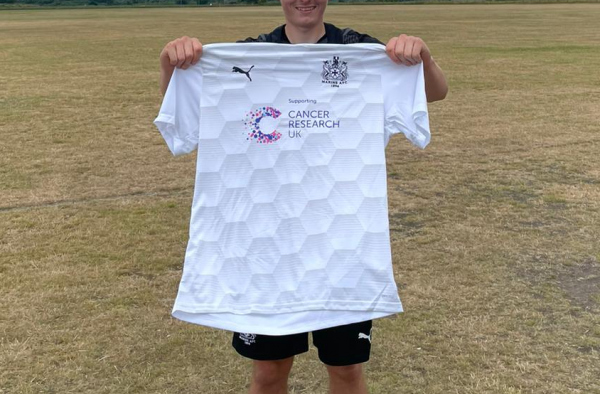