As this seasons Emirates FA Cup competition draws to an exciting and dramatic conclusion, already one club has ensured that their exploits will be forever remembered in the 2020-21 history books.

Pitching In Northern Premier League Marine have announced that their historic FA Cup run this season has resulted in an amazing sequence of Club records being broken or created.

The records broken have today been announced by Marine Officials and are listed as:

1st FA Cup victory away at a Football League Club:

-Won through 7 rounds-Barnoldswick Town Home Prelim; Frickley Away 1Q; Runcorn Linnets Away 2Q; Nantwich Town Home 3Q; Chester Away 4Q; Colchester Utd Away 1st Round & Havant & Waterlooville Home 2nd Round. This season’s eventual winners will not win as many matches as Marine.

Number of FA Cup wins over teams in higher leagues:

First season, the first and last games of the season were FA Cup ties:

No of places in the football pyramid FA Cup opponents were above Marine:

-Played 4-Chester Away 4Q, Colchester Utd Away 1st Round, Havant & Waterlooville Home 2nd Round and Tottenham Hotspur Home 3rd Round

-With an experienced broadcaster and commercial PR consultant joining the team following the FA Cup 3rd round draw .

Highest number of programmes sold for a home game:

Highest number of scarves sold for a home game:

“This has been an historic and record-breaking season for our football club.  A total of eighteen Club records have been broken or created through our amazing achievements in the Emirates FA Cup which started on the 12th September in the preliminary round against Barnoldswick Town and ended at home against Tottenham Hotspur on the 10th January, our eighth FA Cup game of the season. Our players, staff, officials, supporters and sponsors are all incredibly proud of what has been achieved this season culminating in that most magical game at home against Tottenham Hotspur.

I must especially mention the Tottenham Hotspur fans who since the 3rd round draw have shown a genuine interest in our football Club and demonstrated a clear willingness to help with the purchase of thousands of virtual match tickets. Marine officials will forever remember their kindness and expect the very special bond created between the two football clubs to be everlasting.”

“The list of records broken or created must itself be a record and demonstrates quite clearly that the magic of the FA Cup lives on. It has been a journey to remember for us all but we look forward now to the day when we will be able open our gates again for a game when fans are allowed and life will return to some level of normality, whenever that will be.

Who said the FA Cup is losing its magic? in the leafy suburb of Crosby, that will never be the case.” 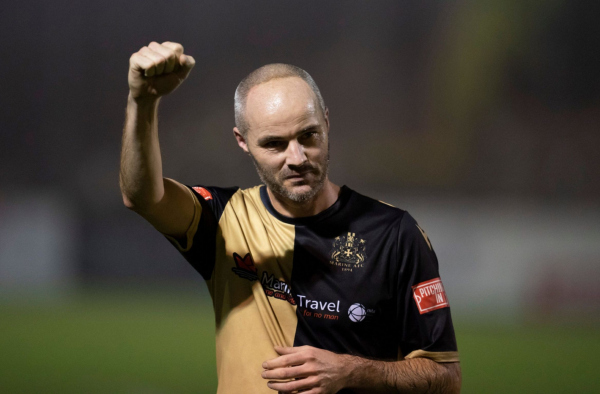 Popular defender returns to roost... Marine AFC are pleased to confirm that defender David Raven has extended his contract…