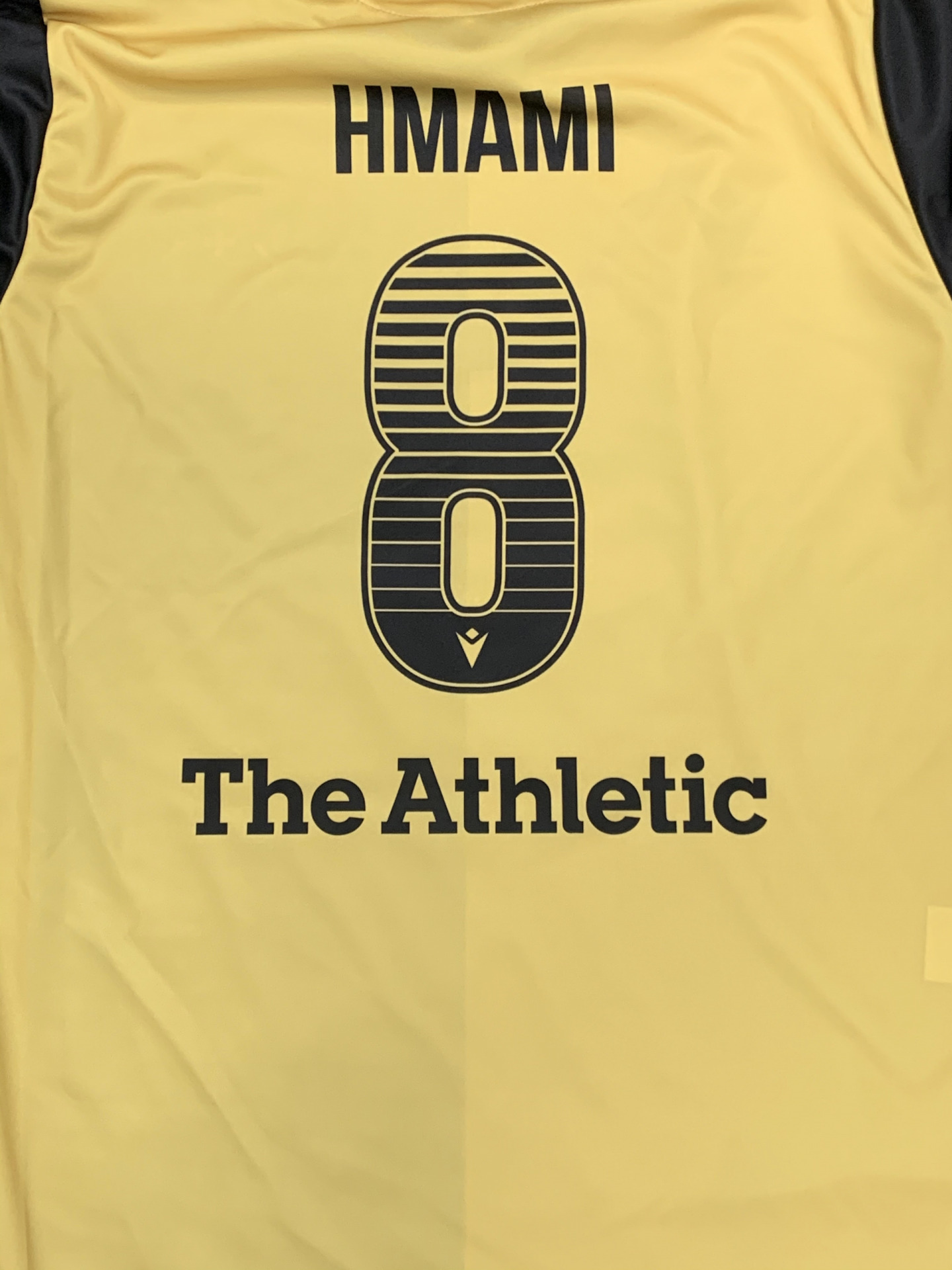 Kit Reveal Part 3 – Back of Shirt – The Athletic

Marine FC are delighted to announce The Athletic as the back of shirt sponsor for the Emirates FA Cup match v Spurs.

Marine is indebted to The Athletic for the deal, which will also see The Athletic branding adorned to the house numbers on Rossett Road.

This starts a new partnership with The Athletic, a football journalism subscription company with the best team of football writers in the business. This week, they are featuring written pieces and podcasts on our run in the competition and game against Tottenham.

James Leary, CEO of Marine, said “Thanks to Sinead, Simon and Aki at The Athletic for their support for this magical tie. I hope this will form the start of a longer term partnership and look forward to seeing the content that will follow. I would encourage everyone to visit their website (www.theathletic.co.uk) and subscribe.”

Aki Mandhar, UK GM of The Athletic said ‘We love amazing football moments and stories at The Athletic and they don’t get more compelling or romantic than this Marine FC v Tottenham Hotspur FA Cup tie. At a time when grassroots community clubs are under more strain than ever, due to missing gate receipts, the opportunity to sponsor and support Marine FC and help sustain their future success was a no-brainer and opportunity we welcomed. Good Luck Marine FC!”

June 26, 2022by Ralph Rands
We use cookies on our website to give you the most relevant experience by remembering your preferences and repeat visits. By clicking “Accept”, you consent to the use of ALL the cookies.
Cookie settingsAccept
Manage consent