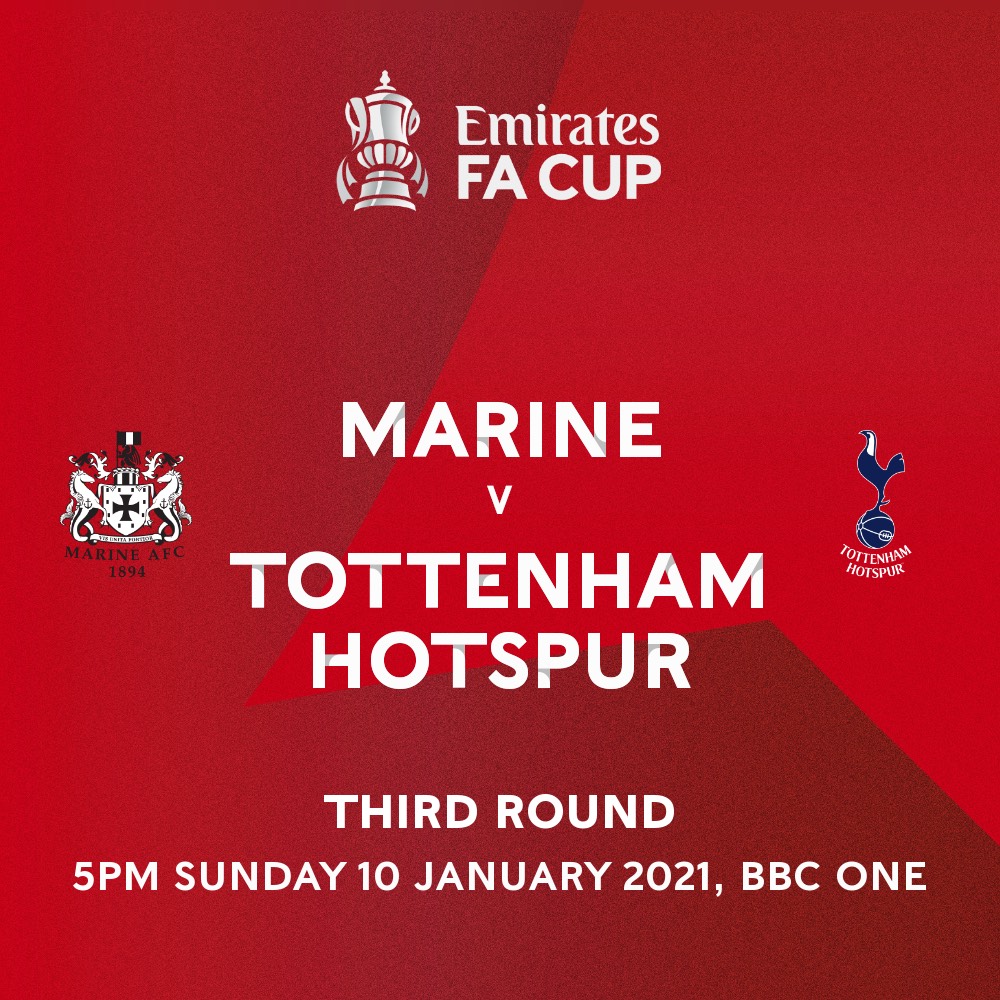 MARINE JOY AT FA CONFIRMATION THAT THE TOTTENHAM HOTSPUR EMIRATES FA CUP GAME WILL BE PLAYED AT THE MARINE TRAVEL ARENA.

Northern Premier League Marine announces its delight that The Emirates FA Cup Round 3 game against Tottenham Hotspur has been confirmed by The FA and is to be played at The Marine Travel Arena on Sunday 10 January. The FA have also announced that the game will be shown live on BBC 1.

The game against Tottenham Hotspur sees the biggest gap in the history of The FA Cup between two competing teams with Tottenham sitting on top of the Premier League and Marine placed 9th at Step 8 in the English football system.

Since the Round 3 draw was made Marine officials have consulted with The FA, Merseyside Police, and Sefton Council Building Control and Highways departments to discuss and make plans for the practical arrangements required in the immediate days before and on the day of the game. The discussions, with all parties including advice from the Sports Grounds Safety Authority will continue until the game takes place.

Marine will communicate with neighbours and local traders with regard to the arrangements for the arrival and departure of broadcasting equipment & vehicles and parking in the immediate vicinity.

Every effort is being made to minimise the impact on the local community and businesses, including the use of parking sites away from the stadium for broadcasting staff and visitors.

“This is the most magical cup tie in the history of the FA Cup attracting interest from football fans around the world. For Marine to be playing Tottenham Hotspur at home and to be shown live on BBC is the dream of all dreams.

For our fans, players, staff and sponsors, for our neighbours, the residents of Crosby and Sefton it will be a wonderful and fantastic occasion and one that we will remember for years.”

Marine AFC have undertaken a detailed Covid-19 Risk Assessment as required by the FA and Northern Premier League, which…