Marine suffered their second defeat in as many games on a humid night in Southport, as the National League North side ran out 3-0 winners.

As is expected in pre-season, many trialists featured throughout. Alex Doyle once again captained the side, with Mo Touray leading the line in attack.

The match started at a pace, with both sides trading spells on the ball before relinquishing possession, as the midfield battle hung in the balance.

Touray had the first sight of goal for the Whites, firing narrowly wide after a promising pattern of play involving Mark Howarth, Callum Harris and Doyle.

Jack Doyle’s delivery into the box proved menacing throughout for the home side, as Jordan Archer’s header teased inches wide of Marine’s right post, guarded by one of three starting trialists in goal.

Once again Touray set his sights on Tony McMillan’s goal, but his efforts could only make their way into the Jack Carr Stand.

Southport found the breakthrough just before the interval, as a long throw into the penalty area from Doyle connected with the head of Nyal Bell and nestled in the net.

In to the second half and it wasn’t long before the Port made it two, this time Doyle turned goal scorer, steering in a deep cross from Josh Hmami.

Despite a fairly even first half, the goal early in the second seemed to knock the wind out of the Mariners’ sails, on a physically demanding evening due to the high temperatures.

Just after the hour mark, another cross into the box proved to be Marine’s downfall, this time George Newell, who spent a spell on loan at the Marine Travel Arena last season, sent a bullet header into the top right corner.

Newell had another chance towards the game’s conclusion, as he scuffed his original strike with time in the box, before sending his second attempt over the crossbar.

That makes it one win and two defeats so far in pre-season, as Neil Young’s side now prepare for the first match on the new 3G pitch, at home to AFC Liverpool on Saturday. 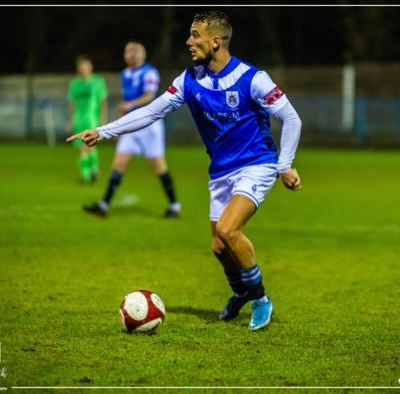