Pitching In Northern Premier League Marine announces arrangements for their first home game of the season at The Marine Travel Arena against Workington this coming Tuesday 24th August 2021 at 7:45pm.

Marine’s Emirates FA Cup preliminary round replay follows the tough 1-1 draw at Workington on Saturday and amazingly is the first game to be played at The Marine Travel Arena since the televised FA cup 3rd round tie against Tottenham Hotspur on the 10January.

Following the successful link up with Kaizen Ticketing Solutions last season Marine officials continue with the request for match tickets to be purchased in advance.

Adult tickets cost £10.60 including transaction and booking fees of 60p.

Concessionary tickets for retired citizens (aged 65 and over) and children (aged 16 and under) cost £6.40 including fees of 40p.

Tickets for the game against Workington are now on sale and can only be purchased using the link:

Fans entering the stadium must provide their e-ticket or printed ticket which will be scanned on entry at gates 1 or 2 on College Road. Turnstiles 5 and 6 adjacent to the club entrance will also be available to accommodate the extra number of spectators that are expected to attend the game. All gates will open at 6:45pm at which time the Arriva Suite and 1894 bar can be accessed for refreshments and snacks. Ticket scanning is a requirement for admission into the stadium.

Season tickets and Membership cards are not valid for the FA Cup replay on Tuesday.

Tickets purchased for the Colne league game will be valid for that game when it is re-arranged or alternatively refunds can be requested by emailing sales@marinefc.com Refunds will be processed following the announcement of the new date for that game.

“Following our epic FA Cup run last season we are finally looking forward to the staging of games at The Marine Travel Arena with fans. It is quite incredible that our first and last home games of last season and our first home game of this season are all FA Cup ties.

For understandable reasons this is our first home game for seven months and the visit of Workington will be very special for everyone connected with Marine and will no doubt bring back some fond memories of that magical day in January. It will also be the first game at Marine since the completion of the major refurbishment of our clubrooms and the installation of new pitch barriers behind the goals.”

“I look forward to meeting the players, staff, officials and supporters of Workington at the Marine Travel Arena on Tuesday. There is huge interest in our football club following our FA Cup adventure last season resulting in a 160% increase in season ticket sales. The tribute wall acknowledging the thousands of fans who bought virtual tickets has now been installed and the interest shown already will no doubt add many first-time visitors to the stadium in the months ahead.” 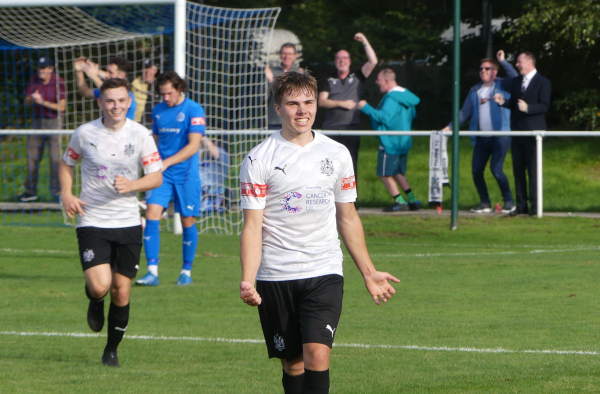 Marine confirm that Kyle Hayde has been recalled from his loan spell by Tranmere Rovers, with immediate effect. Kyle…