A first half goal from Jake Thompson was enough to decide a competitive encounter, as Marine were condemned to a 1-0 home defeat at the hands of Radcliffe.

Jonathan Spittle, Lucas Weir and Jordan Lussey all returned to the starting lineup, with Neil Young opting for a 5-3-2 formation, which saw Jack Dunn sit just behind DJ Pedro in attack. Charley Doyle accompanied Weir and Lussey in the centre of the field.

The Mariners started with intent, enjoying much of the ball and looking to play direct balls to Dunn and Pedro wherever possible.

However, it was Radcliffe who struck first, as a defensive mistake allowed Jake Thompson to come away with the ball and fire past Bayleigh Passant from a tight angle.

Marine pushed for their goal, responding well, as Doyle volleyed narrowly wide, once the ball had dropped in front of him following a free kick from Weir.

Mark Howarth also went close for the Lilywhites, as he saw his effort blocked inside the penalty area.

The final chance of the half fell to Pedro, who managed to latch onto a loose header back to the Radcliffe ‘keeper Tom Stewart, but his second touch took him too far wide, preventing the forward from getting his shot away.

At the break and a goal down, Marine probably edged the half in terms of possession, but a fine strike from Thompson meant they were behind at half time for the third league game running.

Into the second half and Marine continued to drive forward in search of a goal, with Weir testing Stewart for the first time of the evening.

At the other end, the visitors had a chance to double their lead, after Thompson found himself through on goal to the left of the box, but his right footed strike intended for the top right corner could only find Passant’s gloves.

With what was Marine’s biggest chance of the match, Doyle rose from a corner and directed a bullet header goalwards, only for Stewart to produce a save of the highest calibre.

Luca Navarro thought he had all-but sealed victory for the Boro, but his looping header was cancelled out by the linesman’s flag.

Into the final 20 minutes and Marine really began to pile on the pressure, with Pedro and then Dunn coming close to finding the elusive equaliser.

But the search for the goal ended in defeat, as the referee’s full time whistle put an end to a closely contested match, with just the one moment of brilliance in the first half the difference.

Marine return to Emirates FA Cup action on Saturday, as they travel to South Yorkshire, where Stocksbridge Park Steels await them. 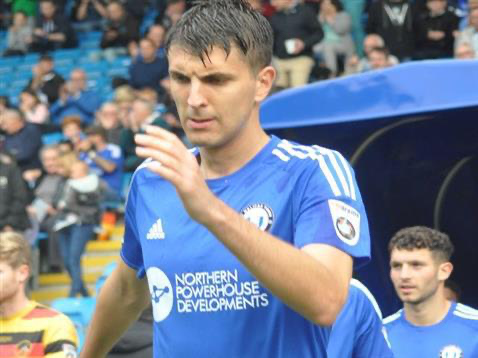 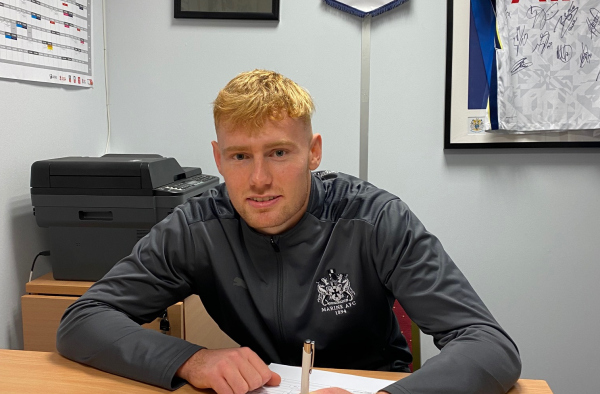 Striker pens deal to May 2023... Marine AFC are pleased to announce that striker Owen Watkinson has signed an…