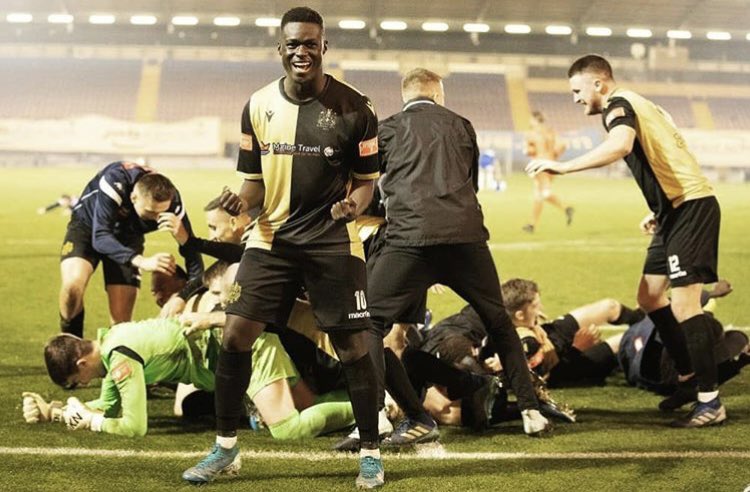 Marine progressed to the Second Round of the Emirates FA Cup for the first time in 28 years on Saturday afternoon after a tense game at Colchester United climaxed in a Mikey Howard winning penalty.

Marine faced an extremely uphill task to defeat a side 81 places above them in the football league system, but Neil Young set up his team to soak up Colchester pressure by staying behind the ball and taking their chances.

They did just that on 21 minutes when Josh Hmami stepped up for a free-kick on the edge of the box. Hmami has earned himself a reputation as a marksman from dead-ball situations this season and when his effort struck the post, centre-back Anthony Miley was on hand to knock in the rebound and give the Mariners an unlikely lead.

Colchester responded with a wave of pressure, former Arsenal defender Cohen Bramall in particular proving a constant outlet from left back, but Marine held their shape and often proved too difficult for the Essex side to break down.

Bramall was caught out at the back not long after, however, when he mis-controlled Alex Doyle’s long ball to allow Neil Kengni a free sight at goal from the edge of the box. Kengni drove at home stopper Dean Gerken, but the goalkeeper got his defender out of a pickle by making the save to deny the winger and ensure his side went into the break only one goal down.

Colchester almost equalised shortly after the break when Bayleigh Passant couldn’t quite keep hold of a Bramall cross and Doyle’s clearance fell to Noah Chilvers, but the midfielder’s effort from 30 yards out was just wide.

Harry Pell eventually bagged the equaliser for the U’s on 64 minutes, when Passant dropped a Chilvers shot and the ball fell to Pell on the edge of the box. The home captain stroked the ball into the net to swing the momentum the way of the professional side.

Marine had to weather quite a storm from their hosts to keep the scores level, Courtney Senior causing trouble on the right-hand side and Kwame Poku looking to break down the lines of a structured side in gold and black.

James Barrigan had the chance to steal it in regulation time for the Mariners when Mo Touray found his run into the left of the box, but the winger’s effort was high and wide.

Hmami had the last chance of the 90 when he found space on the edge of the box to curl a shot towards the top right corner, but it was the wrong side of the angle, so the game progressed into extra time.

Manchester United academy graduate and lively substitute Josh Bohui put Mariners on edge when he broke through an otherwise solid visiting back line, but Passant got down well to make the save.

Colchester’s top scorer Jevani Brown stretched the Marine back line once again as visiting legs began to tire, but his shot from inside the box when one-on-one with Passant was well over the bar and into the back of the stand.

As if they weren’t nervous enough already, Mariners’ hearts were in their mouths when Bramall whipped in a free kick from the left in the closing moments of extra time which substitute Michael Folivi connected with, but stalwart Kenny Strickland was there to clear off the line with his head for virtually the last touch of the game.

If their hearts were in their mouths before, Marine officials almost had a handful of ventricles as the tie came down to a penalty shootout.

Mo Touray scored the first for Marine, but Pell levelled it. Adam Hughes smashed his past Gerken, but Chilvers scored his as well. Kengni tried an ambitious run-up before scoring Marine’s third, but Brown made it 3-3. David Raven stepped up for the fourth and the veteran made no mistake, unlike Josh Bohui who sent his wide.

Up stepped Mikey Howard, with all the pressure after seeing a penalty saved two weeks before on his birthday. Howard showed great professionalism to the professionals by firing his deciding penalty home and ensuring Marine beat football league opposition away from home for the first time ever.

The draw for the Second Round is live on BBC Two at 7pm on Monday evening, with Captain Niall Cummins set to represent the club in Harrogate after a historic weekend in Essex. 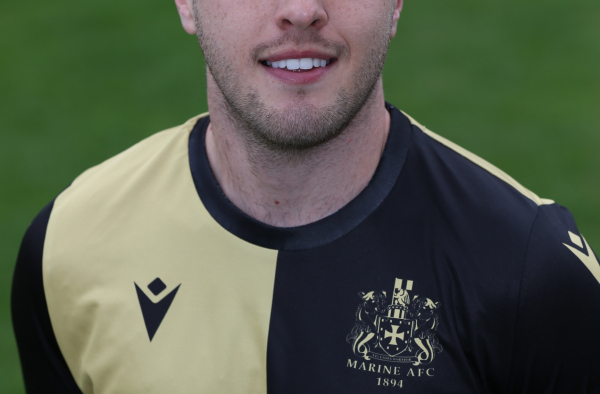