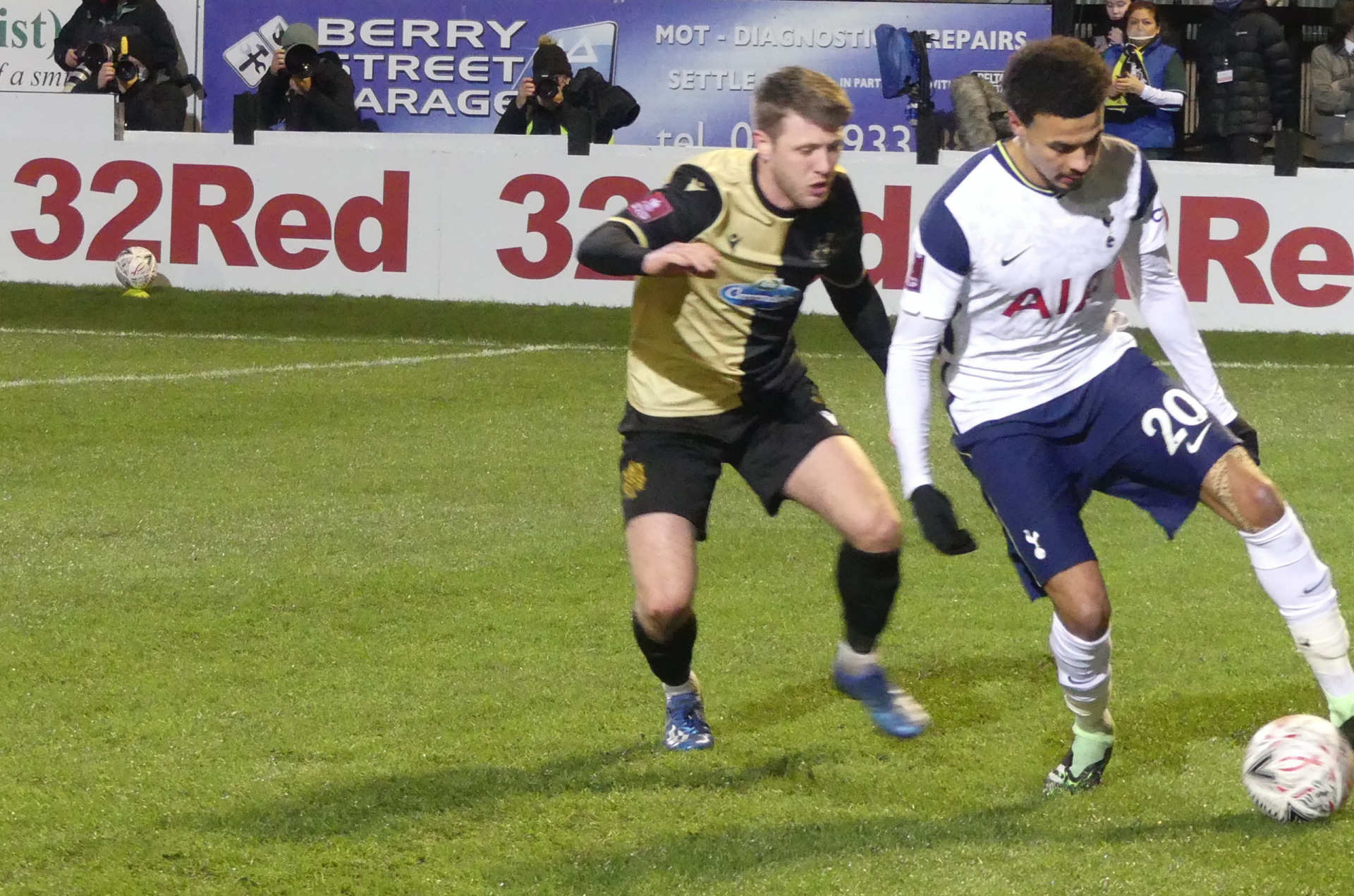 Marine’s historic run to the Third Round of the Emirates FA Cup climaxed with a defeat to a strong Spurs side on Sunday evening.

It was a once-in-a-lifetime FA Cup tie after the Mariners became the second eighth-tier club in the competition’s history to reach the Third Round, and the football world united in support of Marine in the lead-up to the game. The Club sold 30,697 virtual tickets, with fans worldwide coming together to astounding effect in brightening our future.

Jose Mourinho insisted he would bring a strong side to respect the competition, and he stuck to his word, naming 19 regular first team players in his squad of 21. Dele, Toby Alderweireld, Lucas Moura, Ben Davies and Moussa Sissoko all started for Spurs, with stars such as Gareth Bale and Son Heung-min among the substitutes.

The real stars were Marine’s FA Cup heroes though, whose hard work in winning seven FA Cup ties this campaign culminated in the tie.

Spurs started the game on the front foot, but the Mariners defended admirably to keep them at bay for the opening twenty minutes. Bayleigh Passant made a save from a Dele shot from the edge of the box, and Spurs won a couple of free-kicks from outside it which Josh Hmami headed clear in the early stages.

The Mariners went closest to scoring inside that opening twenty minutes though, when Neil Kengni raced forward and troubled Joe Hart by striking his crossbar when the former England stopper was unsure where the shot was going.

Spurs forged ahead just three minutes later, when Dele danced through the midfield before squaring for Carlos Vinícius who tiptoed over Passant before striking home from the goal-line.

The Premier League side continued their onslaught as Gedson Fernandes struck from the edge of the area, which famously almost hit me in the face…

Mourinho’s side doubled their lead on the half-hour mark, Vinícius striking again from the goal-line after Dele poked a ball into the box for Matt Doherty, whose initial effort was saved by Passant only to fall into the path of the Brazilian striker.

Just two minutes later it was 3-0, after Lucas Moura curled in a free-kick expertly from 20 yards out.

Marine continued to push, and James Joyce almost pulled one back inside the opening period when his effort from the left of Hart’s box was blocked.

It was 4-0 before half-time, when Vinícius bagged his hat-trick with a flicked finish past Passant into the top corner and proved he doesn’t just score from the goal-line.

Neil Young sent his side out fighting for the second period, and Kengni raced down the right early on in the half before he was thwarted by Ben Davies.

Hmami broke the Spurs back line with some strong pressing soon after, but Hart was quick off his line to prevent the Hmami army infiltrating.

The Lilywhites made it five on the hour mark, when 16-year-old Warrington-born substitute Alfie Devine broke into the box before firing home.

Not content with the five goals, Mourinho brought Gareth Bale to the party with half an hour remaining, but he failed to find a way past Marine’s back line.

Both managers rang the changes as the game wore on, as Bale still couldn’t find a way past David Raven and Anthony Miley at the back…

The game finished 0-5, but regardless of the result, two clubs formed an unlikely friendship which transcends football.

Many thanks to Spurs fans and the wider football world who have helped us in our campaign. We will never forget you. 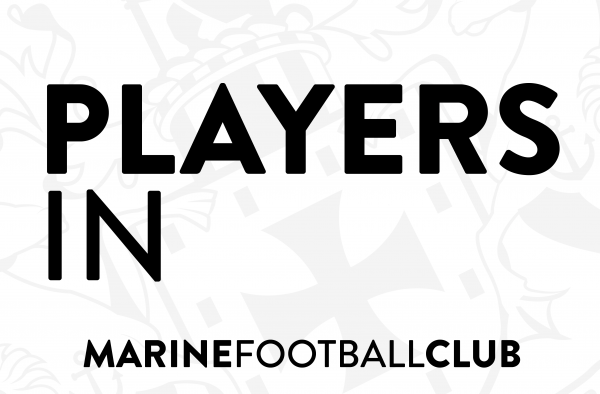 Marine are pleased to announce the signings of Luke Clark and Jack Dunn. Luke, 27, is a midfielder who…

A strong defensive performance laid the foundations for a fantastic victory, as Marine defeated Morpeth Town by two goals…