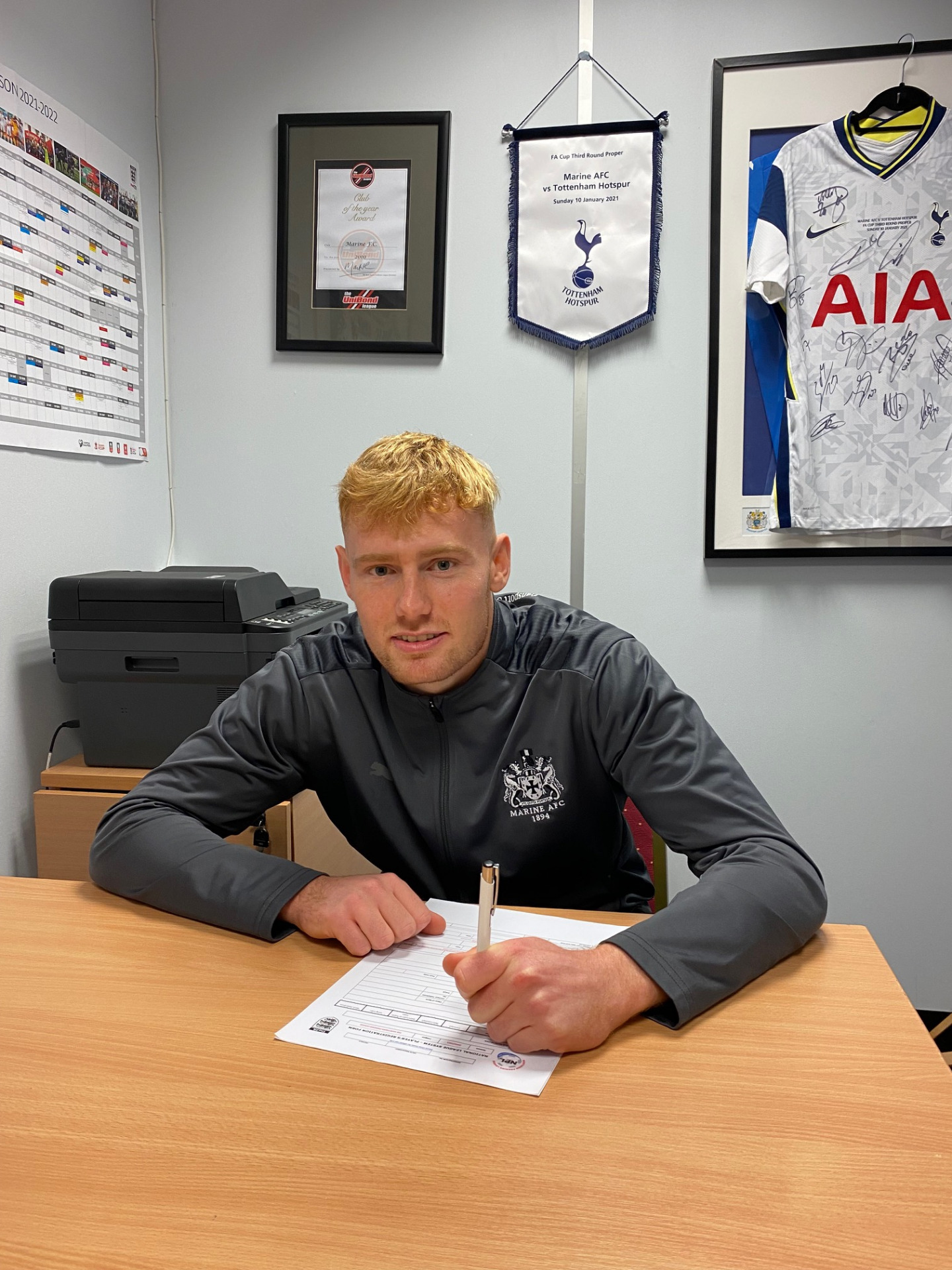 Marine AFC are pleased to announce that striker Owen Watkinson has signed an extension to his contract which will keep him at the MTA until May 2023.

Owen, 20, joined the Mariners in the summer after beginning his career in the Youth set up at AFC Fylde and Blackpool.

He has quickly established himself as a key member of Neil Young’s team as well as a favourite of the MTA faithful.

“Owen has done really well since he arrived in July. He is one of a number of good young players we have, who is really enjoying his development and football.

We have a way of working here and it’s great that he will now be with us until May 2023.”

MARINE IN THE COMMUNITY – AGM REPORT

Marine in the Community’s growing capacity starts to reach further to explore different ways of meeting local need, as…

Further to the FA announcement that the tie will take place on Sunday 10th January 2021, KO 5pm on…