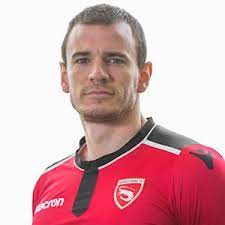 Marine AFC are pleased to announce the signing of experienced defender Dean Winnard.

Dean, 32 last week, has close to 300 Football League appearances to his name, having spent seven seasons at Accrington Stanley and two at Morecambe.

He signed for Southport in 2018 as player / coach for the Haig Avenue side.

We have been searching throughout pre season for another experienced central defender to join our squad and Dean fits that bill.

He has lots of Football League experience and was playing in the Conference North last season for Southport.

Our priority this season has always been about improving the strength of the whole squad and Dean is another part of that process.”

Marine announce that James Devine is to leave the club. James appeared in 90 games for the Mariners having…