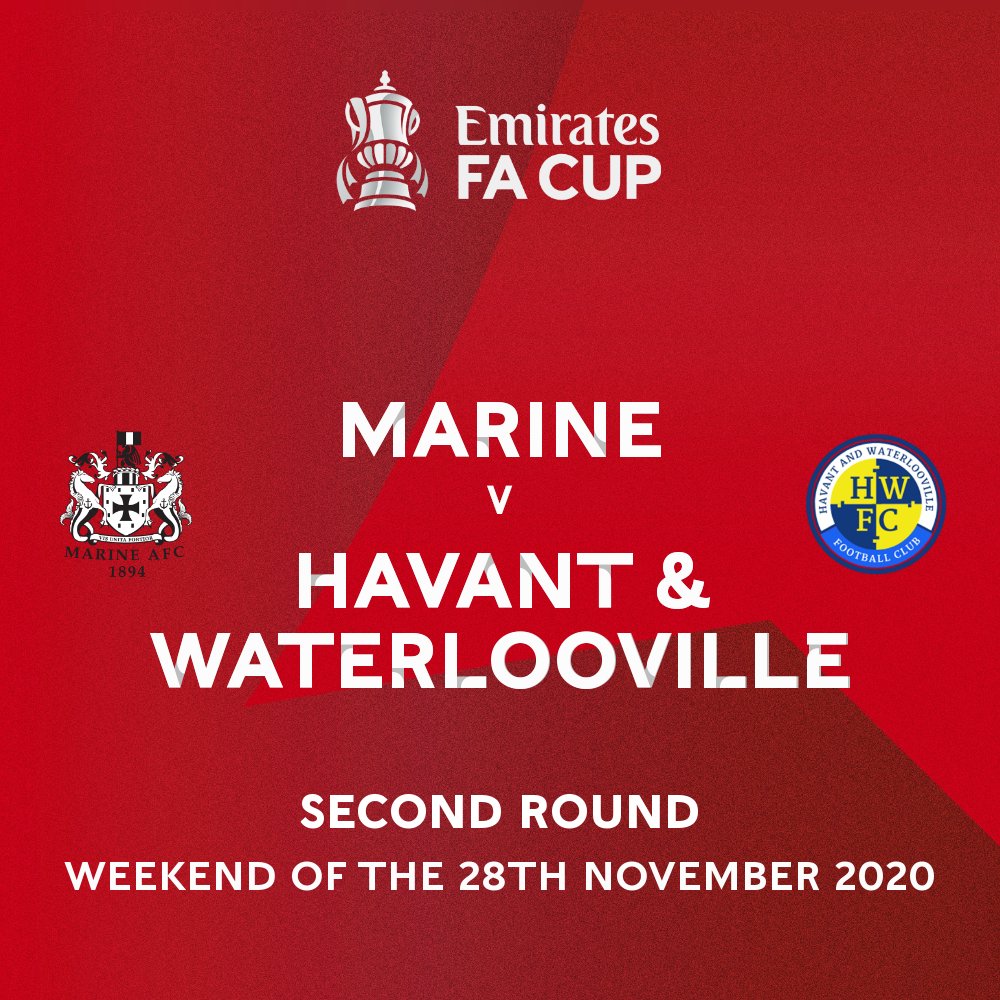 Marine’s reward for their Emirates FA Cup heroics at Colchester is a home tie with Havant and Waterlooville.

The National League South side overcame Cray Valley Paper Mills at home in the First Round yesterday and have also seen off Horsham (2-1), Chatham Town (4-1) and Bath City (0-3) since entering in the 2nd Qualifying Round.

In the League they have played just three games, winning 2-1 at Billericay Town but being defeated at Dartford, their only home match resulting in a 2-2 draw with Maidstone United.

The club reached the Fourth Round in 2008, famously facing Liverpool at Anfield and leading 1-0 and 2-1 before eventually going down 5-2 in front of 6,000 travelling fans.

Marine meanwhile will go in to the tie on the back of nine consecutive wins (including two on penalties), with a record of 23 for and just 5 conceded, including 5 clean sheets.

The tie will be played on the weekend between Friday 27th to Monday 30th November behind closed doors – a further update regarding possible televising will be made in due course..