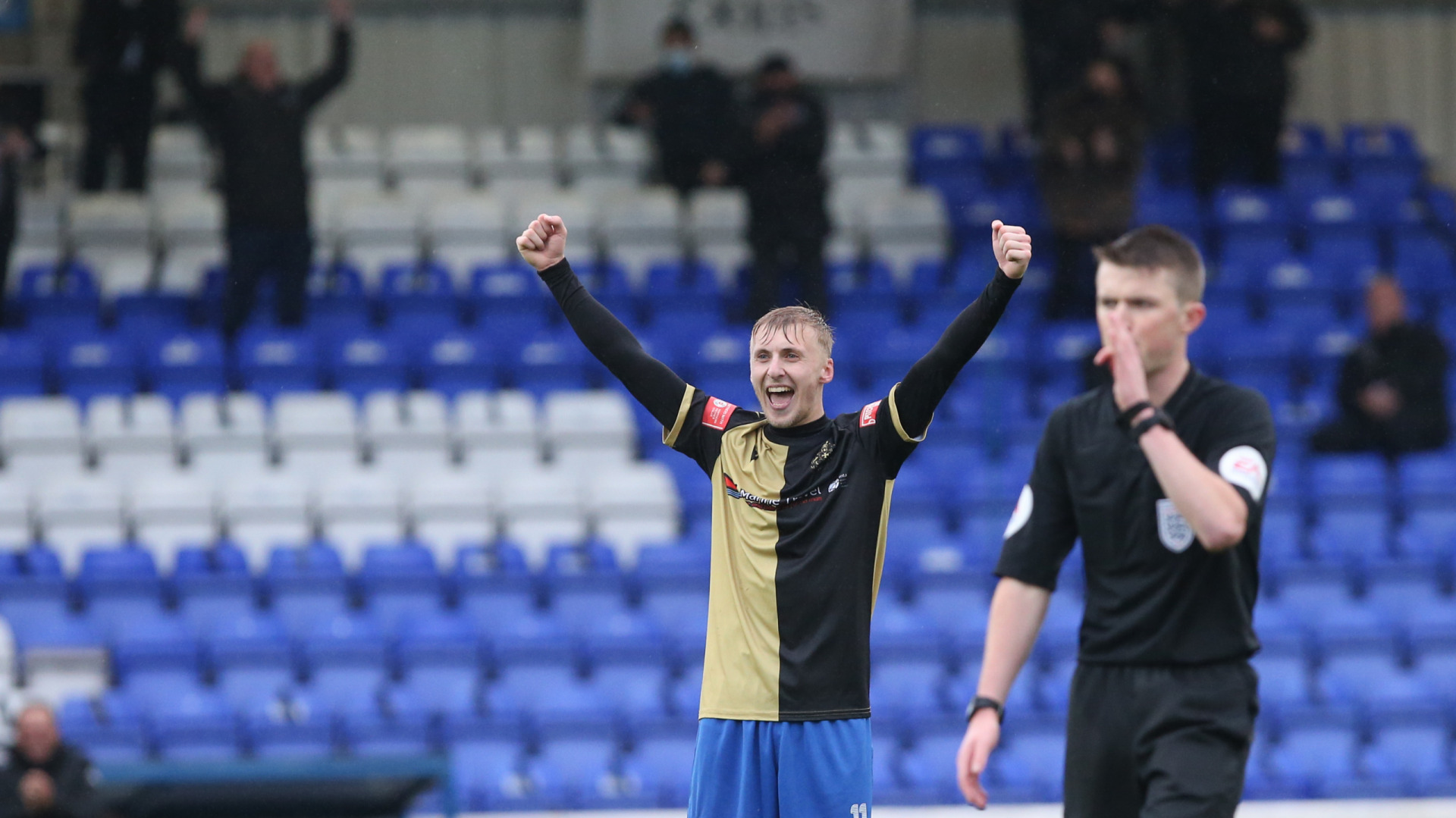 Baz back at MTA next season…

Marine AFC are pleased to announce that midfielder James Barrigan has signed a contract for the 2021-22 season.

James, 23, joined the Mariners in August 2019 from Colwyn Bay and has made 50 appearances, scoring 6 goals, including the winning penalty at Chester which sent the club in to the FA Cup First Round for the first time in 25 years.

“We took a decision last pre-season to give Baz a more central role and he has been outstanding, developing in to one of our key players. His running stats are off the charts and his work rate in games was a key part in our cup run last season.

I believe there is a lot more to come from James and although he had offers from clubs higher up the pyramid he was keen to be at Marine.”

“I’m obviously delighted to be staying at Marine, the club looks to have real ambition and things look great looking forward.

I hope to play a crucial part in our promotion push next season and in getting another good cup run going.”

Marine are pleased to announce the extension of George Newell's loan period from Southport FC until February 26th 2022.…