Marine conceded three goals in seven minutes to forfeit their third straight league defeat, as they lost 3-2 against Bamber Bridge at a torrential Marine Travel Arena. Despite Callum Harris and James Barrigan giving the Mariners a comfortable half time lead, Harry Scarborough and a Fin Sinclair-Smith double turned the game on its head and sends the Crosby side down into tenth place in the Northern Premier League table.

A good interception high up the pitch by Earl allowed Sol Solomon to gain a sight of goal. The Jerseyman fired a low shot from the edge of the box slightly wide of the near post.

The Lilywhites were awarded a penalty after 36 minutes. Solomon was deemed to have been hacked to the ground by Nathan Pond following a cross from the left flank. Barrigan stepped up and made no mistake from 12 yards.

Although the Brig found themselves two goals down, they continued to play out from the back with the weather conditions not helping either side throughout the 90 minutes.

After the break, Bamber Bridge flew out of the blocks with the wind now against Young’s men.

The visitors pulled one back when the unchallenged Scarborough was urged to shoot from outside the box. He pulled the trigger and struck the back of the net to swing the momentum in the way of the Brig.

Five minutes later the match was level. Former Marine loanee Sinclair-Smith was allowed to turn and smash an effort from close range into the top corner at Bayleigh Passant’s near post.

Sinclair-Smith completed the turnaround on the hour mark. A miscommunication in the Mariners defence allowed the forward to glide in behind before curling a shot into the far corner.

Charley Doyle came close from a header to try and force an instant response, though his effort sailed wide.

Scarisbrick had two similar opportunities to create a grandstand finish. His first came when he was played in behind by Solomon but trickled his shot the wrong side of the post.

He then found himself in a familiar situation bearing down on goal, however he couldn’t direct the attempt on target, summing a difficult afternoon for the Mariners.

Marine will look to bounce back next Saturday when they travel to Gainsborough Trinity for a 3pm kick off. 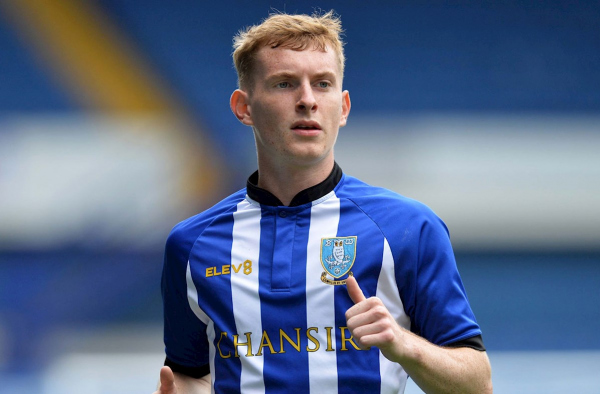 Marine FC announces the signing on contract for the 2021/22 season of Ben Hughes. Ben, 21, is a wide-midfielder…