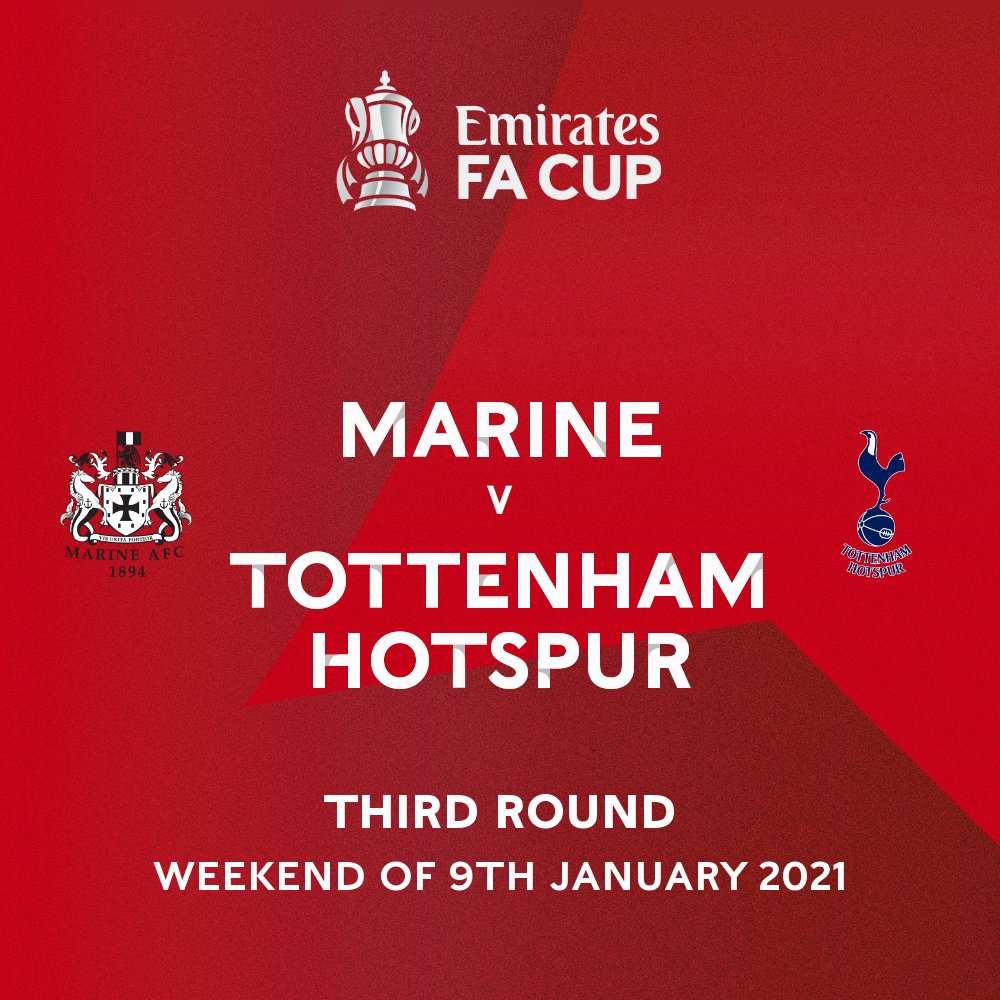 Please note – the club will be engaging with the FA, Sefton Council, Tottenham Hotspur and other potential interested parties regarding match arrangements.

Marine AFC are not therefore able to deal with match ticket / media / commercial requests at the present time and ask that club staff, players and volunteers not be contacted for the above until further notice. A further statement will be made in due course confirming full arrangements for the tie.

Following tonight’s Emirates FA Cup Third Round draw held at the Marine Travel Arena the Mariners have been paired at home to current Premier League leaders Tottenham Hotspur on the weekend of 8th-11th January.

Spurs are 8 times winners of the world’s oldest Cup competition with a host of full internationals, including the current England and Wales team captains, in their ranks plus of course Jose Mourinho as manager.

If anyone thinks the magic of the FA Cup is dead – read that last paragraph again!

Marine entertain Bootle at the Marine Travel Arena this afternoon in the Pitching In Northern Premier League West (3pm).…