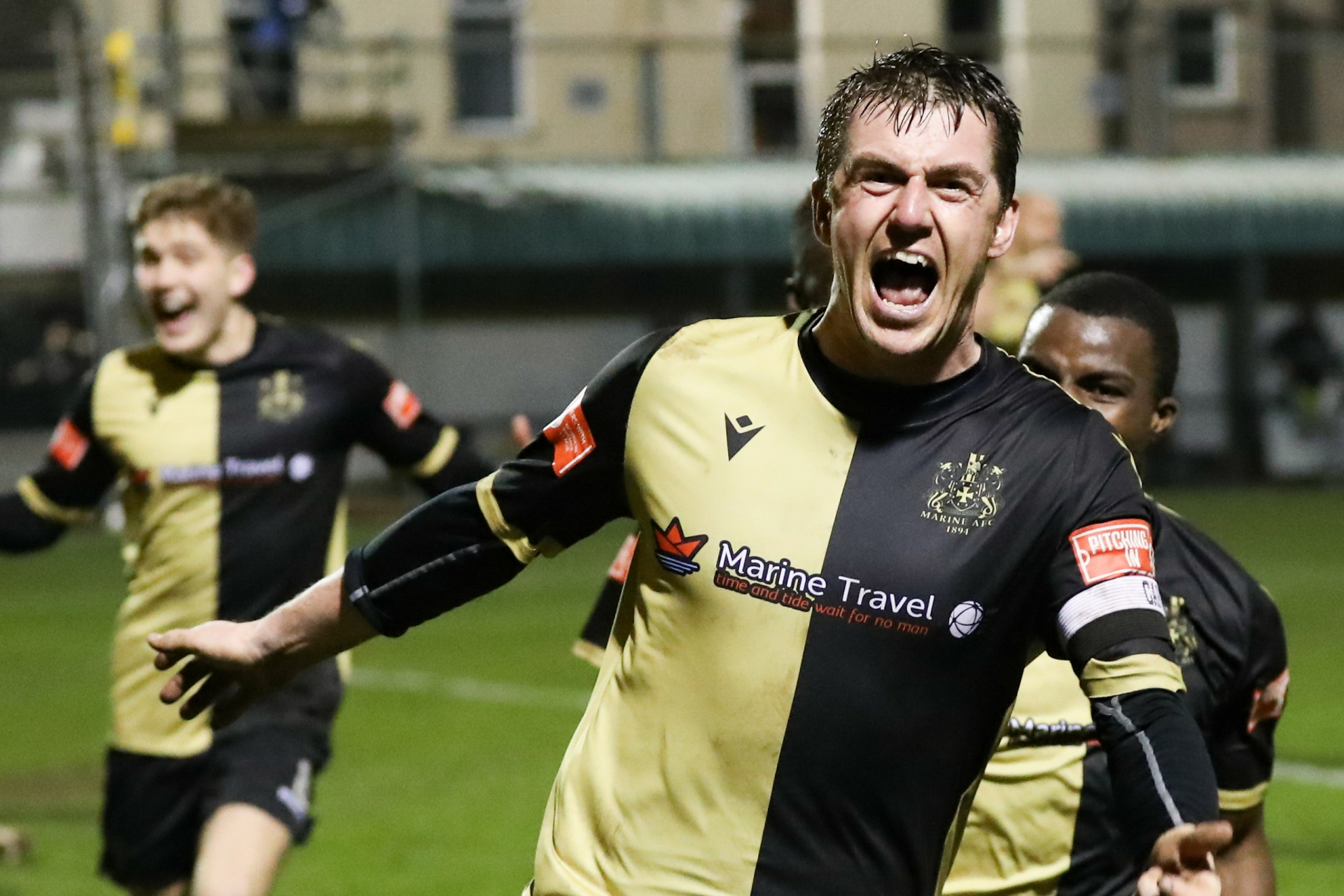 Marine AFC are pleased to announce that club Captain Niall Cummins has signed a new contract to the end of the 2021-22 season.

Niall, 34, made his debut for the club in December 2018 and has an excellent scoring record, netting 34 goals in 53 full and 7 substitute appearances.

He famously scored the winning goal in the 120th minute against Havant & Waterlooville to send Marine in to the FA Cup Third Round for only the second time in the club’s 127 year history.

“Niall’s goal record speaks for itself at whichever club he has been at.

He is an excellent Captain and sets the standards within the dressing room and is a role model for all of our younger players.

We are delighted he has agreed to stay for another season as I’m sure are all of our supporters.”

Anyone who knows me knows I am a loyal player who wants to give back to those that put their faith in me and this is exactly what Neil and Marine have done over the past two seasons.

Obviously it was Neil’s decision at first to pick up the phone and offer me the chance to come back and with two unfinished seasons and the heroics of last season I really wanted to be part of the next chapter as such.

Of course I quizzed Neil on his thoughts and ideas going forward and I am confident with his plans we can together as a group of current lads and new faces help create some more history for Marine.

I would like to go on record and thank all the fans and community for all their well wishes last season from myself and the rest of the players as it was really appreciated and we are just sorry we couldn’t get to see everyone.

I vividly recall the applause and atmosphere as we walked out against Hyde in the FA Trophy back in December and it’s moments like that which make me feel I must give something back and this will be a contributing factor in demanding success by all of us this season.

I look forward to seeing the ground welcoming fans back and building on last seasons cup runs in the upcoming league campaign.”

Pitching In Northern Premier League Marine announces the sale of half-price season tickets ahead of the new festive period.…